Yoga Sutras of Patanjali (by atma)

The Yoga Sutras for the modern yogi 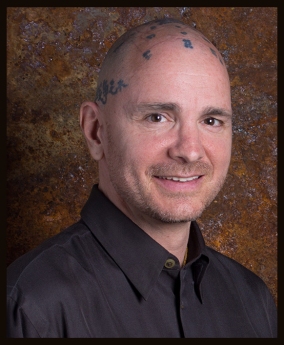 Atma is an expert in yoga psychology. He has trained hundreds of Yoga teachers all over the world, and given countless workshops and seminars on stress management, wellness, presentation skills, leadership training, and the history of yoga and eastern practices.

He was trained from childhood to the present, by an unusually long string of masters and experts, to become a visionary who would blend the best of western science and eastern practices and make them available to the public.

His expertise has been drawn on by one of the big three motor companies, start up firms, non-profits and municipal programs.

Atma writes a regular blog on yoga psychology, and is a regular contributor to yoga magazines and blogs. He is also an ‘EXPERIENCED REGISTERED YOGA TEACHER’ (E-RYTSM) with the Yoga Alliance.

He is currently writing his own translation of the Yoga Sutras of Patañjali and working as an industrial psychologist.

Forty years of meditation, thirty-four years of sobriety, 10 years of celibacy, Atma once had a business card that simply carried his name, number, and as occupation listed: alcoholic, womanizer, bastard.

His mother was a yogi dedicated to a daily practice of yoga and meditation. His father was a Fulbright scholar, professor, management expert, and World Bank healthcare advisor. She taught him that it was ok to love everyone. He bought him every book he ever wanted to read, and told him to follow his own way.

Everyone makes mistakes. Everyone has to make mistakes to grow. Atma made his mistakes, more than perhaps most, but unusually quickly he got them out of his way. He was a full-blown alcoholic in his teens but never took another drink after age twenty. Ultimately, all this compression would include training in philosophy, the arts, marketing, and meditative practices. This steep-curve growth process was shepherded by no less than sixteen mentors: swamis, yogis, artistic directors, scholars, writers, an economist and one extraordinary salesman.

Atma’s university schooling lasted eight years and covered theater, filmmaking, journalism, mass comm., and educational psychology. Whether running an advertising agency, developing a management model for software engineers, or heading a major yoga studio, his eighteen years in business grounded him in the realities of the work-a-day world. His four years as the front man for a thrash-metal-punk band burned out of him everything except the notion that the joy of putting out there only what you believe in is the bottom line. His product would now always be a kind of celebration of life, of health, of well being, of growth of the human spirit. The year was 1997.

Then, in 1997, at his mother’s behest, he traveled to India and then on to the foothills of the Himalayas to an ashram where he would be guided to means of deepening his meditative skills and his spiritual awareness. After that trip, his thrash-metal days were behind him and his time as an advertising executive was way behind him. For after India he had come into his personal purpose which was to pass-on Vedic spiritual knowledge about the timeless nature of the self in a unique way that would capture people’s minds and attention now, in the early twenty-first century. He would now begin to speak this ancient understanding to people like you and me caught up in the web of the world as it is, complex, confusing, technically dazzling, alluring and yet disappointing, alienating and yet globalizing, sexually obsessive and yet lacking the earthy joy of true sensuality – this seemingly hopeless world that is simultaneously brimming with promise. This, at least, is the world as so many people seem to experience it and life as it seems to be frenetic and yet somehow stopped. But what is this world and this life really?

Atma has the capacity to pique people’s curiosity about alternative possibilities not in some coming paradise but right here now, at work, in your living-room, in your car, wherever you may be. His purpose is to ignite moments of self-realization and blow it into a warming flame that stay with you to transform what you do, how you do it, and who you are. He means right here, right now, and whatever you are doing and however you are living it. He means in the real world, in your real life. He means a kick-up a level or two in consciousness that represents a permanent improvement in your ability to be happy. You know where you are. You know where you want to be. Now here are some new ways to think about that…